I have always had the feeling that the conventional way of measuring time using an hour-hand that makes a full sweep around itself twice a day was highly abstract and artificial. Why, I asked myself, not invent a clock capable of establishing a more realistic, and at the same time more emotional, relationship with the flow of natural cycles? A beautiful drawing by Le Corbusier shows a wavy line cut horizontally to divide day from night. Reflecting on that image, I thought that the sun’s course across the sky could itself be the “hand” of time, marked off by the sun as it rises, climbs to its peak at noon, then sets below the horizon to continue its hidden course through the night. This sinusoidal line would not only indicate at every instant the exact time, the sun’s height in the sky, and the length of the day and the night, but express the idea of a movement forward, toward the future. 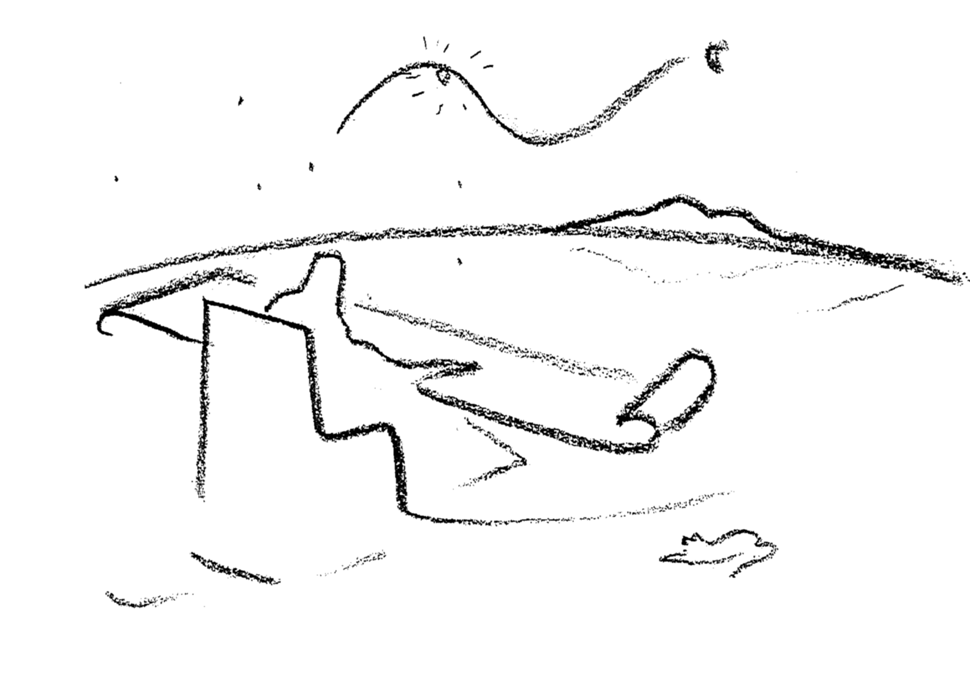 Sun Set can be hung anywhere. Battery-powered, it does not need an electrical outlet. To fix Sun Set to the wall, all that is needed is a screw and anchor. Sun Set asks only one thing: that once a month you take a few seconds to move the horizon manually to the point corresponding to the current month, a gesture of rapport with an object that reminds us, every time we look at it, of the ebb and flow of natural time.

The time of the vault of heaven

Since the beginning, men have looked to the sky and the perennial cycles of the sun and the stars in order to know the time of day and define the periods of the year. Since antiquity, methods have been sought for marking off the time in a precise way: the sundial, using the shadow cast by a rod struck by the rays of the sun, indicated exactly the local time. Clocks were later developed based on autonomous mechanisms, indifferent to the climatic and geographical conditions of their location; water clocks, spring-wound clocks, pendulum clocks, all the way up to systems using quartz, electronics, or atomic frequencies. Sun Set, like a traditional sundial – but without the difficulties connected with a possible absence of sunshine – measures the time in relation to an external natural phenomenon, the sun’s course across the sky. To build Sun Set, it was necessary to consider the median time in a time zone and create a curve-diagram, a sine wave, that faithfully recorded the height of the sun at any moment in the day, which differs according to the time of the year and geographical latitude. The clock thus becomes an astronomy tool in the tradition of instruments for maritime navigation and the study of the heavens, such as astrolabes, theodolites, and sundials.

A window onto the sky

Sun Set is a window open onto the space outside, a view of the sky that is always up to date and observable in any place and at any hour of the day or night. Sun Set’s sine wave recalls the fluidity of a natural process, a slow change in the conditions of light and shadow. It expresses tranquility and at the same time dynamic tension. It is a wave of time, the fragment of a constantly renewing cycle.
The horizon line cuts the sine wave into two sections. The upper one represents the daytime sky: smaller in the winter, because the sun’s course is briefer; wider and more expansive during the summer. The part below the horizon represents the night, the dark abyss of rest and mystery. After midnight, the line slowly rises toward the horizon, toward the light and dawn of a new day. It is like re-emerging after an immersion, returning to the surface of the light, the sounds and activities of everyday life.
Time, marked by the alternation of day and night and the turn of the seasons, always returns and repeats itself in its cycles of birth, growth, decline and rebirth. Sun Set’s red dot, which indicates the sun and thus the time of day, also disappears at the end of the day and magically reappears to begin its course through a new day. The myth of the eternal return is repeated at every sunrise and every sunset. 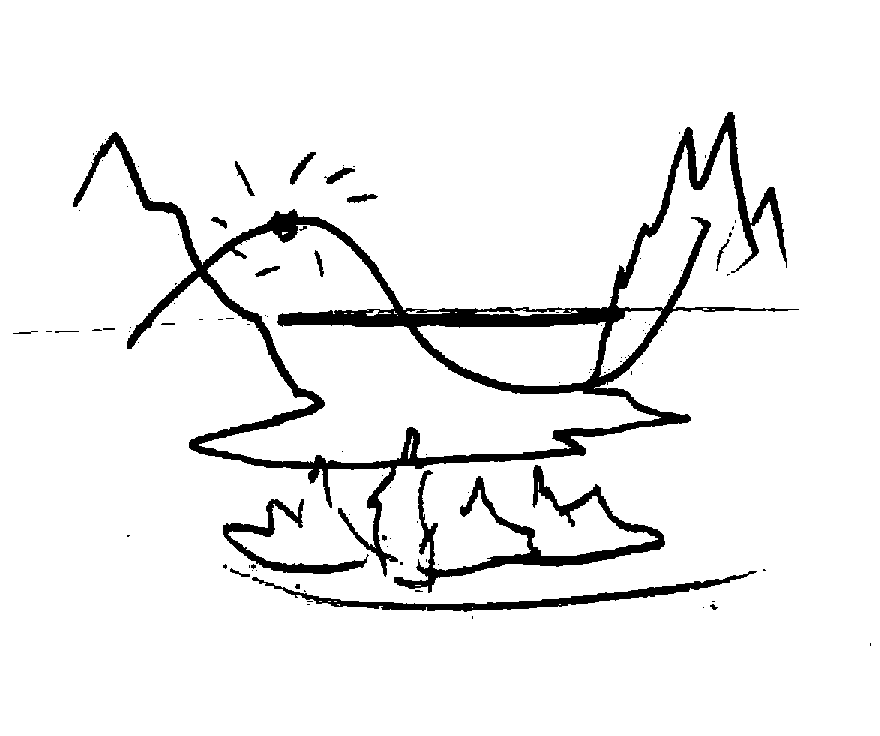 The line of the horizon divides an above from a below, an up from a down; it generates the alternation of day and night, light and darkness, warmth and cold, sound and silence. The oriental symbol of Yin and Yang evokes similar feelings, reaffirming the unity of reality in its manifold forms. Sun Set recalls that image and abstracts it in a precise geometric design, on a plate of aluminum perforated and engraved with lines, letters, and numbers.

Every detail of the instrument is designed with care and engineering precision. Even though the production takes advantage of advanced techniques of industrial modeling, all the parts that make up Sun Set are built and assembled with meticulous artisan skill in one workshop in Florence. Ever since the Renaissance, the humanist ideal of the union between science and art has resulted in the development in Florence of important scientific academies, astronomy observatories, and optical and electro-mechanical manufacturers. Sun Set is thus, like its creators and the place where it is made, a “Florentine” object, above all because of the inventiveness which has so strongly characterized the identity of this city over the centuries.